Hands down, SSD performance is faster. HDDs have the inescapable overhead of physically scanning disk for reads/writes. Even the fastest 15 RPM HDDs may bottleneck a high-traffic environment.

Parallel disk, caching, and lots of extra RAM will certainly help. But eventually the high rate of growth will pull well ahead of the finite ability of HDDs to go faster.

DRAM-based SSD is the faster of the two but NAND is faster than hard drives by a range of 80-87% — a very narrow range between low-end consumer SSDs and high-end enterprise SSDs.

The root of the faster performance lies in how quickly SSDs and HDDs can access and move data: SSDs have no physical tracks or sectors and thus no physical seek limits. The SSD can reach memory addresses much faster than the HDD can move its heads.

The distinction is unavoidable given the nature of IO. In a hard disk array, the storage operating system directs the IO read or write requests to physical disk locations. In response, the platter spins and disk drive heads seek the location to write or read the IO request. Non-contiguous writes multiply the problem and latency is the result. 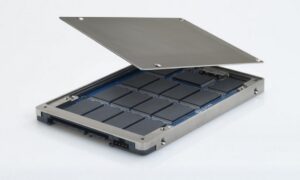 In contrast, SSDs are the fix to HDDs in high IO environments, particularly in Tier 0, high IO Tier 1 databases, and caching technologies. Since SSDs have no mechanical movement they accelerate IO requests far faster than even the fastest HDD.

Without a doubt, SSD performance is faster. HDDs have the inescapable overhead of physically scanning disk for reads/writes. Even the fastest 15 RPM HDDs will struggle in high-traffic environment. Parallel disk, caching, and lots of extra RAM will certainly help but eventually the performance of HDD will not be enough.

There is a price issue of course since SSD drives are substantially more expensive to buy than HDD but since the difference in performance is also massive it is 100% worth the investment! 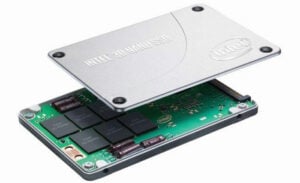 We are pleased to offer Cloud Virtual Private Servers with SSD drives at one of the lowest in the industry and the most competitive price in Baltic States!

Our Cloud VPS SSD packages can be activated quickly and easily within our 100% cloud infrastructure. VPS SSD is a Virtual Private Server working on SSD drives.

All Cloud VPS SSD servers are hosted on our self-healing cloud and backed by our 1,000% SLA. With unlimited customization options, you can get exactly the server you want. https://beehosting.pro/cloud-vps-ssd-hosting/